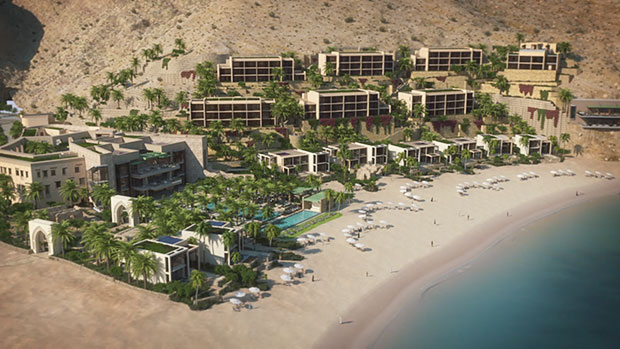 Realty set to ride on hospitality in 2017

Rapid expansion in the hospitality sector is set to prop up the real estate sector in 2017, according to the latest research. The significant growth in the Omani tourism sector is feeding a period of exponential development in the four- and five-star hotel market. Over the next two years, hotels currently under construction will deliver a 50 per cent increase in room supply to the market premium segment.

While the local residential and office markets are feeling the burden of economic challenges, Muscat remains a highly attractive tourist destination within the Gulf and investors have taken note of it. The significant increase in supply we’re anticipating will result in a more competitive market from an operator perspective but will also provide an increase in choice for customers. We expect this will help to drive the continued growth in the tourism and hospitality sector, with other operators drawn in by the allure of a rapidly emerging market.

In the residential market, average rental rates fell by a further 2.3 per cent during the third quarter, bringing total decline for 2016 to 8.1. The weakest performing residential submarket was Shatti Al Qurum, followed by Sur Al Hadid and Qurum. On a more positive note third quarter rents remained unchanged in Bausher and Sur Al Hadid.

Al Mouj remains a residential stronghold with rents down just 5.9 per cent over 12 months, standing at an average of 800 rials per month.

The opening of Oman’s real estate market to foreigners began in 2002, as part of the “Vision 2020” plan, which aimed to diversify Oman’s economic base and reduce its dependence on oil revenues. In December 2002, GCC nationals gained the right to own real estate for residential or investment purposes. In February 2006 other nationalities were also given the right to own real estate, but only in Integrated Tourism Complex (ITC) developments.

Recently, the government has been again considering opening up more areas for foreign homebuyers, hoping to buoy the property market. The recommended reforms include allocating special zones where expats can buy properties at more reasonable prices as compared to tourist complexes.

Under current laws, expatriate owners automatically get residency rights for themselves and their immediate families when they buy property in designated ITC developments.

Growing expat numbers fuelled a real estate boom. The expat population rose by more than 12% per annum during the period 2004-2015, and by Q1 2016 there were more than 2 million expats in Oman, according to the National Centre for Statistics and Information.  The expatriate workforce reached 1,747,000 in Q1 2016.

Foreigners account for almost 90% of all workers in Oman’s private sector, according to the Manpower Ministry. Oman’s population is 57% native Omanis and 43% expatriates, far from the 75:25 ratio of Omanis and expats in 2004. Oman’s population is young, with a median age of 24.9 years. Oman’s total population was 3.84 million in 2015, and has been growing at an annual average rate of 3.6% since 2004.

ITC prices fell during 2009, but these properties remain in demand due to their superior design, setting and facilities.  In Al Mouj Muscat and Muscat Hills, resale values of apartments are stable, according to some local property experts.

Rents in Oman have skyrocketed in the recent past, especially in Muscat and other high demand areas. After rising 21.4% in 2008, rents rose 16% in 2009.  But by 2010, average rental rates were dropping.  The rent hikes in the 2 years before mid-2008 prompted a huge new supply of residential rental properties especially in the capital area, much of it of lamentably poor design and quality.

One feature of the plan is new public-private partnerships (PPPs), including:

In the 2016 approved budget, the budget for housing projects and government subsidies on housing loans dropped substantially, as compared to the previous year’s budget.