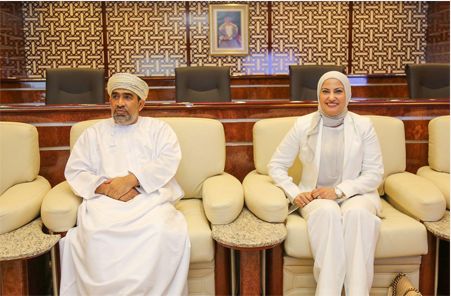 During the meeting, the officials discussed matters of common interest and means of enhancing cooperation between the two countries in the statistical and information aspects. The meeting also included a video presentation about the Sultanate’s preparations for the implementation of the general census of population, housing and enterprises 2020. Mona Daas praised the Sultanate’s efforts to implement a comprehensive electronic census of population, housing, and enterprises in 2020. She also expressed Kuwait’s keenness to learn from this experience based on statistical frameworks and standards.