More Than RO 65 Million The Value of Real Estate Activity 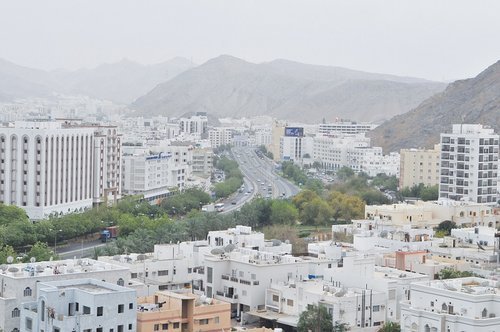 The Ministry of Housing confirmed that the value of real estate activity in the governorates of Dhofar, North Al Batinah, Al Dhirah during last February amounted to RO (65,108,000) while the amount of fees collected reached more than RO (186,500) along with completion of procedures of planning, granting of lands and awarding ownership for GCC citizens, in addition to other transactions achieved in these governorates.

Eng. Mohammed bin Mubarak Al Jabri, Director General of housing in Dhofar governorate said that the total value of real estate activity registered during the month of February of this year in Dhofar amounted to RO (25,440,000) with fees collected during the same period reaching to RO (507,388) through the conclusion of (1575) legal transaction, including sale, grant, inheritance, swap, mortgage, utilization, mortgage redemption, in addition to division.

He explained that the directorate has planned a number of schemes which are Rabzum, Hanfait Al Janobiyah, Thumrate, Raysout, Maqshin, Marsodad which provided (71) land plots of different uses. A total of (20) land plots were granted during the same month of various uses. Additionally, the directorate completed (710) transactions in the geographic information systems section, (322) in the engineering drawing section, (74) in the implementation and planning follow-up section and (370) transactions in the survey section.

Engineer Mohammed bin Mubarak Al Jabri, Director General of Housing in Dhofar governorate concluded his statement by noting that the total number of title deeds issued during the month of February amounted to (886) distributed among the wilayats of the governorate, including (27) title deeds that were issued for GCC citizens according to the controls of GCC citizens ownership of real estate in the Sultanate, all were concentrated in the wilayat of Salalah. The citizens of Kuwait came in first place among the rest of GCC nationalities with (19) owners, followed by the citizens of the United Arab Emirates by (5) owners, (2) owner from Qatar and (1) from Bahrain.

On the other hand, Eng. Abdullah bin Talib bin Ali Al Hinai, Director General of Housing in Al Dhahira governorate stated that the total value of real estate activity in the governorate during the month of February reached RO (6,825,000) with fees collected during the same period amounting to RO (411,223) through the making of (2205) real estate transactions including sale, swap, grant, mortgage, mortgage redemption, deed stamping and other transactions.

Eng. Abdullah bin Taleb bin Ali Al Hinai, Director General of Housing in Al Dhahirah Governorate, said that the Directorate reviewed (31) cases of ownership in the Department of Ownership Registration and Verification in the governorate last February included (20) in Ibri, (11) Dhank and (15) in Ynaqul.